You Think You Know Malbec Wine. You Are Wrong 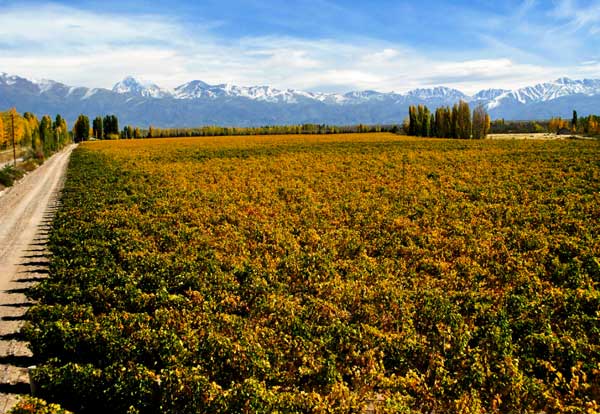 A new wave of subtle, structured wines out of Argentina are poised to change the way the world sees the famous fruit bomb grape. First, a confession. I’ve long thought malbecs from Argentina vastly overrated, slack-jawed big reds found hanging out in bad steakhouses and touted as $15 retail bargains. So when a host of new, elite versions costing more than $100 a bottle recently came on the scene I didn’t expect to be won over. But I was. Really.

These reds go way beyond being arm candy to charbroiled steak, though they do that pretty well, too. They brim with scents of violets and lilies. Their intense flavors—blackberry, juicy red fruits, chalk, and dark stones—unroll on your tongue in layer after layer.

They’re subtle, complex, and balanced, the kind of vinos that will make you a malbec convert. Which is why some savvy California buyers who used to stash Napa cabs are now looking to its top examples as the new collectibles.

See, Argentina’s malbec boom, from 2005 to about 2012 (during which exports to the U.S. grew 30 percent to 40 percent a year), was built on tanker loads of the jammy, over-oaked, mass-market variety. The grape became the country’s signature, a wild success story. Argentina is now the fifth-biggest producer of wine in the world. But for the past few years, restless, experimental winemakers have been intent on making more serious, elegant malbecs that are brighter, less oaky, and lower in alcohol than those from a decade ago. They’re very much in tune with the zeitgeist, hunting new vineyard spots that will give wines the individual stamp of the country’s unique terroirs.

That’s meant looking for cooler sites in this hot, dry land, mostly at high altitudes once thought too cold to ripen grapes, and studying soil profiles. Many winemakers, such as Alejandro Vigil of Bodega Catena Zapata and his own project, El Enemigo, believe the new “terroir El Dorado” lies in the once remote Uco Valley, a southwest corner of Mendoza bounded by the snow-capped Andes. It is rapidly become a tourist destination, with several major real estate projects underway. One of them, Tupungato Winelands, bills itself as “the first wine country club in the world” and sells small private vineyards. The region has attracted investors from Russia, Spain, Belgium, France, the U.S., and more, who are putting money in existing wineries and buying land.

The most buzzed-about zone there is Gualtallary, where vines are planted at mile-high elevations and the soil is white rocks and limestone, which imparts a salty minerality to the wines. Another is Altamira, Argentina’s first officially approved appellation, which currently makes some of the region’s top examples. Other winemakers have looked 800 miles north to Salta, home to the highest vineyards in the world, where malbec grows in a wild landscape of huge granite rocks and even bigger cacti. Thibaut Delmotte, winemaker at Colomé, told me his big problem is killer ants that eat vine leaves and destroy vines. South African winemaking consultant Hans Vinding-Diers looked south to the cool Rio Negro zone of Patagonia to found his Bodega Noemia.

Right now, these areas are hotbeds of tiny projects headed by winemakers as young as 20 years old. Many of their labels aren’t yet exported, but keep an eye out for the wines of Per Se, Tres 14, Michelini Brothers, Vivo o Muerto, and Matias Riccitelli. The recent series of cool vintages, going back to 2010, has also helped winemakers forge a new malbec profile. And then there’s politics. After being elected the country’s new president last fall, Mauricio Macri devalued the peso and now aims to improve the country’s economy, which would boost exports and encourage outsiders to invest in wine country. It all looks good for the new malbecs.

Winemaker Alejandro Vigil is behind this stunning wine from the Catena family, which pioneered modern malbec. It comes from a vineyard at 5,000 feet in Gualtallary; it’s fresh and subtle, yet powerful and concentrated. Starting in the 2013 vintage, which debuts this fall, there will be three separate bottlings from this vineyard. (I know it’s expensive, but taste it).